Born prematurely at just 24 weeks and weighing 1lb 11oz, Olivia was the only one of triplets to survive.

Struggling to breathe and suffering a bleed to her brain, she spent nearly six months in a special baby care unit and needed oxygen at home for a year.

When she was a year old, she was diagnosed with athetoid cerebral palsy in all four limbs, and registered severely sight impaired and profoundly deaf.

Growing up, she was bullied at school and became increasingly unhappy.

In 2014, her dad suggested that they go along to a taster session at the Weir Archer Academy, set up by Paralympic legend David Weir and his coach Jenny Archer.

Inspired, she started wheelchair racing and has never looked back. In 2015, she classified as a T33 wheelchair racer. After breaking age records, this year she represented England in the CPRISA World Games in Barcelona, where she won one silver and one bronze medal.

Olivia, who attends a mainstream school and who is an ambassador for Cochlear UK and ablity today , says: “At times I have found life very challenging as I have had to face lots of hurdles. Before I took part in sport I was not the person I am today.

“When I first started at the academy I was finding it very hard to make friends at school. I didn’t want to do much with my life and had very little confidence to talk about my disabilities.

“This sport has given me the opportunity to make friends who understand what I have been through. I love the fact it’s a great support network, not just for me but for my parents too”

what you can do

not what you can’t 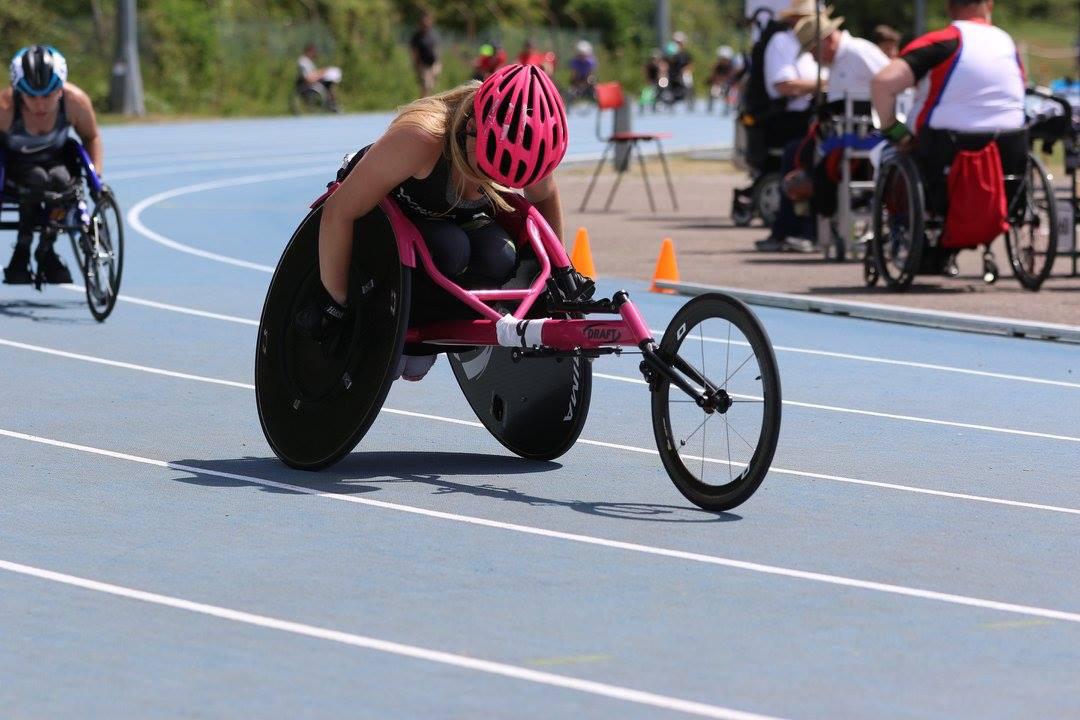 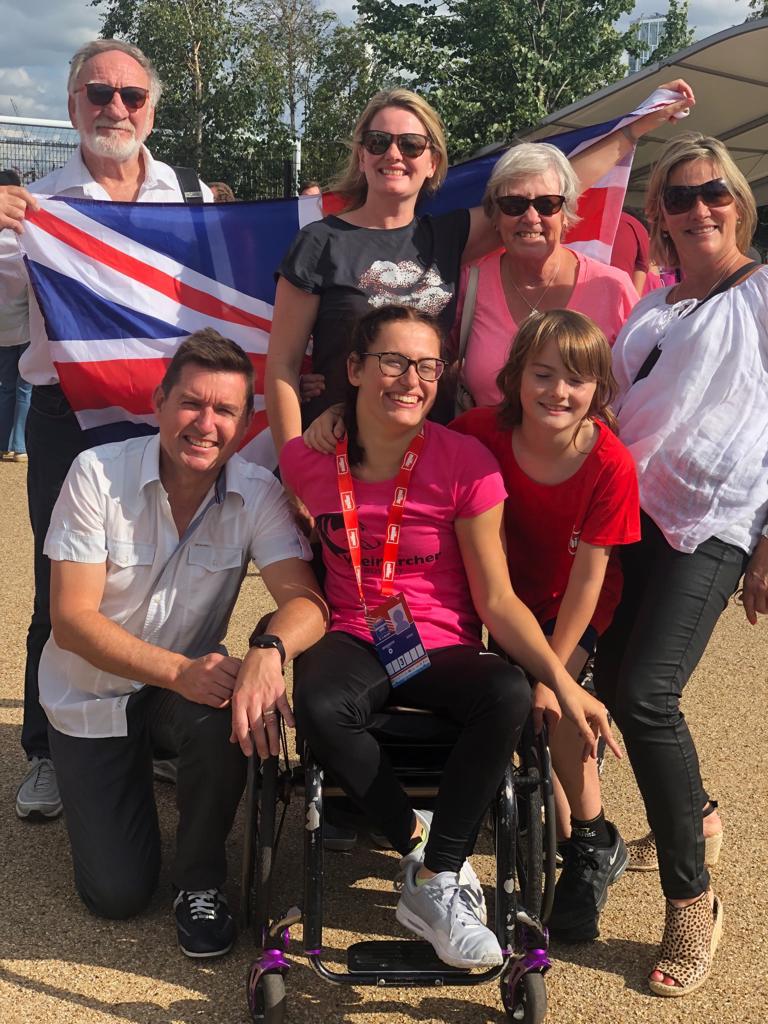 David weir CBE and Jenny archer MBE set up the Weir Archer academy in 2013 hoping to inspire the next generation of disabled athletes of all levels.

“Without the continued support from both Jenny and David including all the coaches and athletes I wouldn’t have achieved what I’ve achieved so far.”

Sports personality of the year

In 2018 Olivia was nominated and won the Pride of Sport Young Sportsperson of the Year award. You can watch the full story below.

There are so many ways to support Olivia. You can come and cheer her on at one of her many races around the world, you can follow her on Social media, make a small donation or become a sponsor.

Pride of Sport Young Sportsperson of the Year, 2018

Cerebral Palsy Most Improved Under 15 Female of the Year, 2015 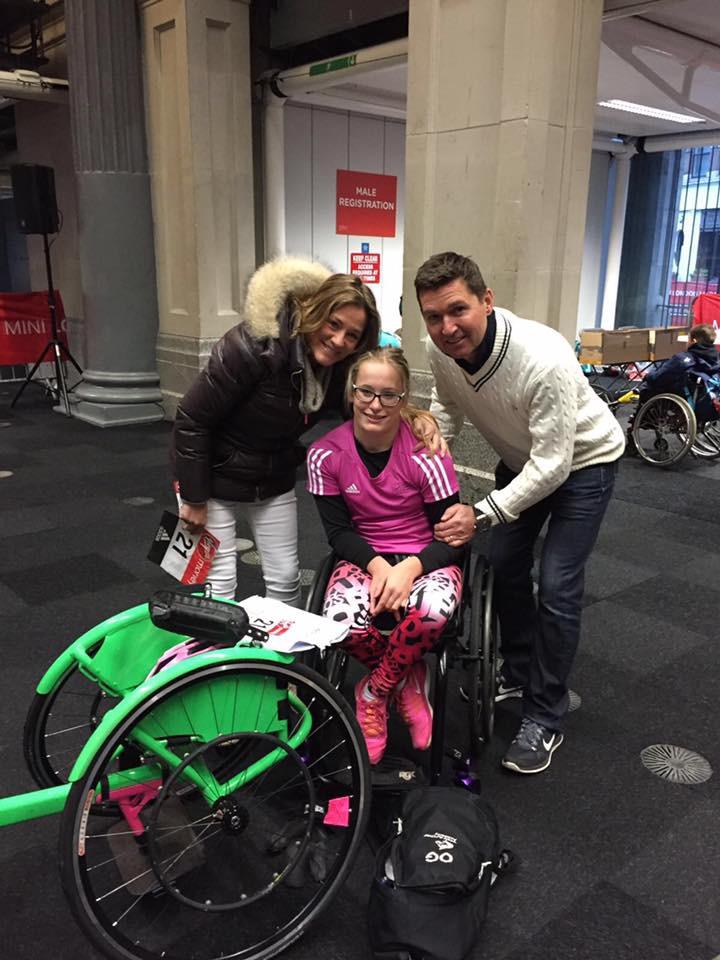 No Pain, No Gain

Hello all, it’s been a while since I last blogged. So much has happened in the last 12 months! My cochlear implants have improved my day to day life massively and have enabled me to experience many sounds. They have given me more confidence and have opened up many...
Read More

As of the 25th of January I under went a life-changing operation for bioactual cochlear implants. This device will mean that I can hear sounds that I have never heard before and experience so much more within the outside world. When being the only wheelchair racer...
Read More

2018 was a great year for me in sport as I achieved far more then I expected to achieve. This wouldn't have been possible without the support of my coach Jenny Archer MBE and all the other coaches athletes within the Weir Archer Academy. Reflecting back on 2018 track...
Read More

Unfortunately my dream involves lots of travelling, training and competing all over the world which is financially dificult for a university student studying full time. Below are various ways you can support me.

*All proceeds go to my racing dream

Goals are extremely important and keeping track of goals and achievements is a great way for Olivia to stay motivated and on track.

For sponsorship, media or any other enquiries